Once again, Disbroquer, a company specialised in import and export services in international transport, collaborated with the international NGO Doctors Without Borders during the 2019 Christmas campaign.
With its financial contribution, Doctors Without Borders will be able to respond to some of the initiatives it is currently carrying out in the most disadvantaged regions of the planet. The disinterested help of Disbroquer, which is part of Alonso Group, shows its social involvement and once again gives an example of effort, willingness and solidarity.
The action is part of the company’s Corporate Social Responsibility (CSR) policy in which, every year, they collaborate in social causes.

NGOs with an international scope

Doctors Without Borders is an international humanitarian organisation that is always present in emergency situations (natural disasters, epidemics, armed conflicts, exclusion from medical care). The NGO helps those who need it most, regardless of race, religion or background. 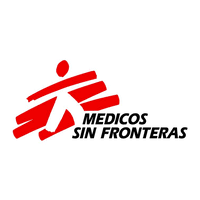 The ultimate goal is to preserve life and alleviate the suffering of other human beings
Last year Disbroquer already collaborated with Doctors without Borders through a financial contribution destined to help minors in countries of extreme poverty.

Back to CSR
Manage Cookie Consent
Cookies on this website are used to personalise content, provide social media features and analyse traffic. We also share information about your use of the website with our social media and web analytics partners, who may combine it with other information you have provided to them or that they have collected from your use of their services. You can customise your acceptance of cookies by using the buttons below. For more information, please access our cookie policy via the link at the bottom of the website.
Manage options Manage services Manage vendors Read more about these purposes
Preferences
{title} {title} {title}